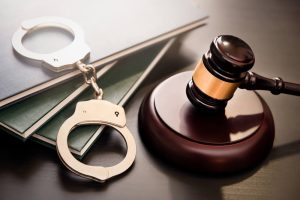 If you’ve been arrested for or charged with a crime, you need a dedicated, highly skilled attorney to protect your rights and fight for a favorable outcome in your case.

Being charged with a crime, whether a felony or misdemeanor, is serious. Your freedom is potentially at risk if the crime carries a penalty of jail or imprisonment. You could face the financial burden of having to pay a steep fine if you’re convicted. Your reputation could be ruined and your personal relationships could be fractured. Criminal convictions can severely alter your future and you may have to deal with the repercussions of the conviction for the rest of your life.

The Shorewood criminal defense lawyers of Hart Powell, S.C. have been representing clients who have been accused of committing crimes in Wisconsin for over three decades. We understand the high stakes for those who have been charged with a crime. We’ll work tirelessly to build a strong defense for you while showing you the compassion you deserve at such a vulnerable and uncertain time. For those who have already been convicted of crimes, we could help them appeal their convictions in hopes of reaching a better outcome.

To schedule a confidential consultation with one of our experienced Shorewood, WI criminal defense attorneys, call us today at (414) 271-9595 or contact us online by completing a short form. 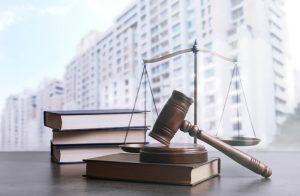 The criminal defense lawyers of Hart Powell, S.C. have mounted vigorous defenses for thousands of clients and represented clients in hundreds of trials during the past 30 years. We’ve helped our clients receive acquittals in their trials. We were able to have some charges that were levied against our clients dismissed. For many of our clients who were convicted of the crimes they were accused of, we helped reduce their penalties and sentences. Below are examples of just some of the successes we’ve had in defending our clients:

We can never promise a client a certain outcome in their case because every client’s case is different. We use all of the experience we’ve gained in the thousands of cases we’ve handled to build the strongest defense possible in your case. Our goal in defending you against your charges is to reach the most favorable outcome possible.

What Should I Do If I’ve Been Charged with a Crime?

If you’ve been charged with a crime, the first thing you should do is hire a criminal defense attorney. You have rights that need to be protected and law enforcement can’t always be relied upon to honor them. Your defense attorney will make sure your rights aren’t infringed upon and will advocate for you until your case is resolved.

You should also avoid making any statements to law enforcement officers, prosecutors, or any other officers of the court. If you’re familiar with your Miranda rights, you know that anything you say in the presence of a prosecutor or police officer could be used against you. Likewise, you could unknowingly make a statement that incriminates you.

It’s also best to refrain from discussing your charges or case with anyone but your criminal defense attorney. If you’ve hired a criminal defense attorney, anything you say to them is protected. If you discuss anything relating to your case with someone other than your attorney, your conversations with them aren’t protected and could potentially be used against you in court.

If you’ve been charged with or convicted of a crime, contact the experienced Shorewood, WI criminal defense lawyers at Hart Powell, S.C.. We can help you fight your charges. Call us today for a consultation at (414) 271-9595 or contact us online.