Being charged or arrested with child molestation in Wisconsin is a grave matter. Wisconsin has zero tolerance for child abuse, and the state prosecutes charges aggressively. The case can be made worse by the allegation that the internet was used to entice the child into danger.

Even for people who have not yet been formally charged with a child molestation offense, rumors of child sexual abuse can cause lasting damage to an individual’s life. In many cases, these rumors alone are enough to convince many people around you that you are guilty.

Because of the nature of the crimes involved, along with the intensity of the feelings accompanying such charges, anyone charged with child molestation will need an experienced Wisconsin sex crimes attorney on their side. You must consult an excellent defense attorney before speaking to law enforcement or facing questions from investigators.

The Milwaukee internet sex crimes lawyers of Hart Powell, S.C. are unintimidated by aggressive prosecutors who will do everything they can to take away your rights. Our lawyers will aggressively fight for your freedom and reputation using our arsenal of proven strategies. Protect yourself from damaging child molestation and internet sex crimes accusations by calling (414) 271-9595 or filling out our online form for a confidential case evaluation as soon as you can. 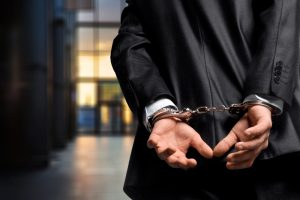 When facing child molestation accusations, you will most likely be charged with sexual assault of a child. There are two degrees of this offense, both of which are felonies. Upon conviction, you will be required to register as a sex offender. You will be prohibited from going to areas where children congregate and will not be allowed to live near playgrounds or schools. Furthermore, you will have to seek permission before you can travel internationally.

The specific penalties you face upon conviction depend on the level of felony you are judged to have committed.

First-Degree Sexual Assault of a Child

Section 948.02(1) of the Wisconsin statutes outlines the crime of first-degree sexual assault of a child. This crime is either a Class A felony or a Class B felony.

The crime is a Class A felony when the defendant has sexual intercourse or contact with a child under 13 years old and causes great bodily harm to the child.

Those convicted of a Class A felony face a penalty of life imprisonment.

The crime is a Class B felony in any of the following circumstances:

Those convicted of a Class B felony face a maximum prison sentence of up to 60 years.

Second-Degree Sexual Assault of a Child

Section 948.02(2) of the Wisconsin Statutes outlines the crime of second-degree sexual assault of a child. This crime is considered a Class C felony. It applies when an individual has sexual contact or intercourse with a child under the age of 16 years old.

Those convicted of a Class C felony face a maximum fine of $100,000, a maximum prison sentence of up to 40 years, or both.

It is important to note that marriage is not a defense to any of these charges. Furthermore, these charges apply whether the victim was dead or alive when the sexual intercourse or contact occurred.

Being accused of child molestation is one of the most serious situations a person can face. Because of the intense emotions associated with the offense, defending against the charge can become particularly challenging.

In most prosecutions, statements from the child in question serve as the primary source of evidence. Due to a lack of other evidence, prosecutors will often try to bolster their evidence with statements you have made. For this reason, you must consult with an attorney before making any statements to anyone. If you do, anything you say can easily be taken out of context and make your situation appear far worse than it is. 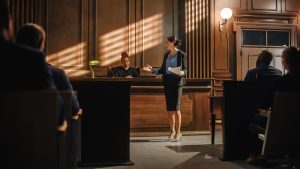 The experienced attorneys at Hart Powell, S.C. understand how catastrophic an internet sex crimes or child molestation conviction can be. There is so much on the line that you need legal counsel who can defend you intelligently and vigorously.

Our legal team has helped numerous clients successfully fight sex crimes cases. We are thoroughly familiar with the complexities of these cases, and we will work to help you defeat the charges.

We will carefully evaluate the actions of the prosecution’s interviewers to make sure that they are not suffering from confirmation bias. Furthermore, we will work closely with child psychologists and forensic interviewing experts to study recordings of the child’s interviews to ensure that there were no instances of leading or suggestion.

Each case is unique, and we will apply individualized tactics to fight the charges brought against you so that you can maximize your chances of retaining your freedom and clearing your name.

There is no question that child molestation is one of the most serious crimes a person can be charged with. Nevertheless, the attorneys at Hart Powell, S.C. strongly believe that every person deserves a fair trial if they are accused of committing any offense. Regardless of the seriousness of the crime, the United States Constitution guarantees that you are considered innocent until proven guilty.

If you have been arrested or charged with child molestation in connection with an internet sex crime, do not delay. Contact our legal team immediately. We will listen to your story and let you know what we can do to help.

Call Hart Powell, S.C. today at (414) 271-9595 or contact us online for a free, no-obligation consultation with an experienced attorney.