If you have been arrested for or charged with trafficking a Schedule I drug, you need to discuss your case with an experienced defense attorney. We understand that this is a frightening time. However, you do not have to face this alone. Contact Hart Powell, S.C. today at (414) 271-9595 to speak with one of our Milwaukee drug trafficking defense lawyers.

What Is a Schedule I Drug? 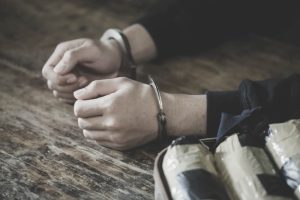 The United States Drug Enforcement Administration (DEA) classifies controlled substances into five separate categories, called schedules. They are grouped based on their acceptable medical use and potential for dependence or abuse.

Drugs classified as Schedule I have the highest potential for abuse and dependence of a psychological or physical nature. In addition, they are defined as currently having no accepted medical use. Schedule I drugs include:

What Is Drug Trafficking?

In addition, a person may be charged with trafficking legal drugs. This applies in cases of the manufacture or possession of a legal drug with the intent to distribute the drug illegally.

Penalties for Schedule I Drug Trafficking 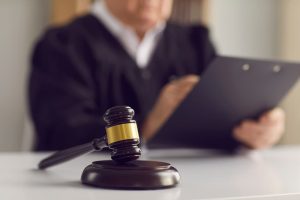 The punishments for drug trafficking of Schedule I substances are severe and include both long jail sentences and heavy fines. Penalties generally depend on the type of drug, the amount of the drug by weight, and whether there were any previous offenses.

It’s important to note that the amounts shown above do not have to be pure amounts of the drug. This means that a mixture that contains heroin or LSD will be treated the same as if it were pure heroin or LSD. In addition, if death or serious injury were involved, prison time would increase drastically. In some cases, it automatically results in life imprisonment.

Penalties for trafficking marijuana depend on the type and amount of the drug. For 1000 kg or more of marijuana mixture or 1,000 or more marijuana plants:

Penalties for trafficking of all other Schedule I drugs include the following, regardless of the amount:

For a third or subsequent offense, the penalty for trafficking of all Schedule I drugs is automatically life imprisonment without release and a fine of up to $20 million.

Each case is unique and will depend on many factors. Your defense attorney will examine the evidence to determine how to pursue the best outcome in your situation. There are a variety of defenses that may apply. These may involve:

How Hart Powell, S.C. Can Help

When your freedom and your future are on the line, you need a knowledgeable lawyer on your side. It’s important to choose a defense attorney who has a proven track record and knows how to build a strong case for you. We have been representing people in Wisconsin just like you since 1983. Hart Powell, S.C. knows how to get results.

Just being charged with a criminal offense does not automatically mean you will be convicted. Our attorneys understand how the prosecution will build their case against you. We will fight aggressively to pursue getting your charges reduced or dropped.

If you have been charged with a Schedule I drug trafficking charge, this can be a terrifying time. You need to speak with an experienced defense attorney as soon as possible. Your rights, your future, and your reputation are all at stake.

Call us now at (414) 271-9595 to speak with a member of the Hart Powell, S.C. legal team. Our Milwaukee drug trafficking defense lawyers are prepared to build a strong defense to fight for you.