Hart Powell, S.C. > Blog > Expungement > What’s the Difference Between a Removal of a Record and Expunging a Record?

What’s the Difference Between a Removal of a Record and Expunging a Record?

If you were arrested, charged, or convicted of a criminal offense, you know the toll it can take on your life.  After an arrest, your focus likely shifts to the potential prospect of a prison sentence. If you are convicted of the charges levied against you, you have no choice but to satisfy the penalties that the court imposes.

After returning to society, you may hope that life can return, more or less, to normal. Unfortunately, that expectation may be wishful thinking. Criminal charges and/or convictions can make it difficult for you to get a job, rent an apartment, and can limit your child custody rights. Criminal convictions can ruin relationships and make it extremely difficult for people to make a fresh start in life.

These ramifications may be referred to as “collateral consequences.” The law in many states allows individuals who were convicted of certain crimes to have their records sealed or expunged. In Wisconsin, your choices are to have your record removed or expunged.

What Is the Difference Between Removal and Expungement?

Unfortunately, you may have gotten caught up in the criminal justice system. Even a minor conviction can follow you around for the rest of your life.

If you were arrested but never convicted, you could ask to have the arrest record removed from your file. If a record is removed from your file, it can’t be used for impeachment at a later trial or for enhanced sentencing later on. Employers can’t use a removed record to deny your employment.

You are eligible to have your arrest information removed if the charges were dismissed, not prosecuted, you were found not guilty, you were acquitted by a court, or you were released without charges being filed. In some cases, removal will be automatic.

Once the Wisconsin Department of Justice (WI DOJ) removes your arrest record from its files, they’ll also notify the FBI for them to remove the record from their files if the arrest information was reported to that agency. The WI DOJ’s removal has no effect on court or police records; your arrest information will still be there, and law enforcement and courts will be able to access it.

In Wisconsin, to have a record expunged, you must have committed a crime that is eligible for expungement. Expungement is typically used with younger offenders under the age of 25 who have committed a misdemeanor or first minor, non-violent felony.

If the crime does not carry a sentence of more than six years, you have successfully completed the terms of the sentence, and you were under the age of 25 when the crime was committed, you may be eligible to have your crime expunged from the record. However, in Wisconsin, you and your attorney must request expungement at the time of sentencing to be eligible. Expungement cannot be attempted later than that.

How an Experienced Attorney Can Help 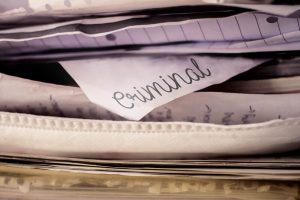 It is never too early to get the criminal defense team from Hart Powell, S.C. on your side. We have helped countless clients successfully resolve difficult legal situations. An experienced criminal attorney will also investigate the charges that have been brought against you.

To prepare their case, they interview witnesses, review official reports and examine the physical evidence. Police investigations do the same thing with the intent of getting evidence to use against you. Your defense attorney’s investigation has the goal of protecting your rights.

An experienced criminal attorney understands your rights and recognizes when those rights are being violated. They are your voice in the courtroom and work hard to choose an objective jury that will properly evaluate the evidence set before them.

Your experienced attorney can also make sure to request an expungement at the time of sentencing to help get your charges expunged from the criminal justice system. This can help ease the burden of poor choices you may have made in the past and smooth your path to making better choices.

The collateral consequences that you experience after a jail or prison sentence can be burdensome. An experienced criminal attorney can walk you through your current choices and increase the potential that your conviction will be expunged.

The Milwaukee criminal defense attorneys at Hart Powell, S.C. are dedicated to representing our clients. Whether you were accused or charged in federal or state criminal matters, our attorneys can represent you in several states.

We recognize that protecting your rights in this criminal charge also influences the future of your family, reputation, and job. When your freedom is at stake, you want the criminal defense attorneys at Hart Powell, S.C. to be standing at your side and fighting for your rights.

Over the decades, we’ve had the honor of protecting good people, and we can help you. Call our office today at (414) 271-9595 to schedule your confidential consultation with a skilled and compassionate criminal defense attorney.