The Difference Between Drug Trafficking and Possession 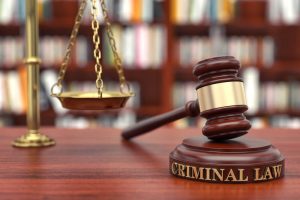 Being arrested for any drug-related offense is a shock. Your life can instantly come grinding to a halt, and you may be worried about what will happen next. This is understandable because your rights, your reputation, and your freedom are all on the line.

Each year, about a quarter of all arrests in America are related to drug offenses. The result is about 244,000 Americans being sent to prison each year for drug-related crimes.

There are differences between the various types of drug charges and how they affect the penalties you may be facing.

What Is Drug Possession?

Drug possession charges may be for illegal drugs, although they could also be for unlawful possession of a prescription drug. These potentially illegal substances include:

Penalties for Drug Possession in Wisconsin

Penalties for conviction of drug possession can be severe and depend on many factors. These include the type of substance, the amount by weight of the substance, and whether you had any prior convictions. You may be facing jail time and significant fines.

What Is Drug Trafficking? 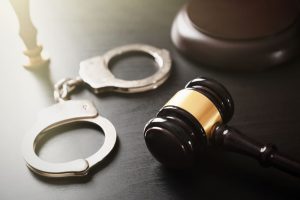 Drug trafficking is a felony charge and can refer to a broad range of activities. Generally, drug trafficking occurs when someone manufactures or distributes an illegal substance. This can also include illegally manufacturing or selling prescription drugs such as Xanax or Oxycontin.

However, it’s important to note that being charged with drug trafficking doesn’t necessarily mean that you have been caught selling an illegal substance. It’s crucial to understand the implications of your unique situation.

For example, if you are in possession of a large amount of a drug or a large amount of cash, this can lead to a charge of drug trafficking. Either of these could be used by law enforcement to suggest that you had the intent to sell the drug. It’s also important to note that sharing a drug or passing it to another person can also be considered distribution.

Penalties for Drug Trafficking in Wisconsin

As with drug possession, the penalties for drug trafficking depend on the type of drug, the amount of the drug, and whether there were any prior convictions. This could be a federal crime. Federal charges involve much greater fines than state charges if you are convicted. They also have mandatory minimum sentencing guidelines. This means that you may be facing significant incarceration time.

There are other considerations that can increase the severity of the penalties for drug trafficking. These include whether trafficking occurred in a school zone, whether a firearm was used, and whether bodily injury resulted.

If you are facing drug-related charges in Wisconsin, this can be a terrifying time. You need to speak with an experienced Milwaukee drug crimes attorney from Hart Powell, S.C. about your case as soon as possible. You do not have to face this alone.

Call us now at (414) 271-9595 to talk with a member of the Hart Powell, S.C. legal team. You can also submit a contact form, and we will be in touch as soon as we are able. Our lawyers can help you understand your options, and we are prepared to build a strong case in your defense.