Hart Powell, S.C. > Blog > Drug Crimes > What You Need to Know About a Cocaine Charge

What You Need to Know About a Cocaine Charge 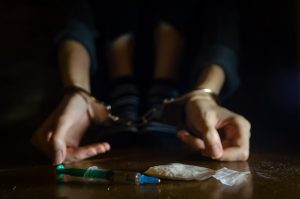 Cocaine possession is a serious charge in Wisconsin. Being caught with even the smallest amount of the drug can result in serious drug charges. If your cocaine charge turns into a conviction, your freedom and financial stability will be in jeopardy.

At Hart Powell, S.C., we will help you understand what a cocaine charge can do to your life and how you can fight back. Over 25 years, the Milwaukee criminal defense attorneys at Hart Powell, S.C. have amassed a successful track record of defending the rights of those accused of serious drug offenses. We want to pass our knowledge on to you. That way, you know what to expect during this frightening and challenging time.

In Wisconsin, cocaine is categorized as a Schedule II substance. Schedule II drugs are substances that are considered addictive and have a high potential for abuse. Possession of any amount of cocaine is illegal and can result in severe consequences. Generally, the penalties for cocaine possession will depend on how much of the drug a person has in their possession. In Milwaukee, a first-time offender with only a small amount of the drug in their possession can face one year in prison and fines of up to $5,000. A subsequent charge can be punishable by up to 3 years in prison and fines up to $10,000.

Those with previous drug convictions on their record or those charged with intent to distribute or manufacture the drug can find themselves starring down significant prison time, steep fines, or both. Examples of the severe legal penalties an individual may face for cocaine-related charges include:

Those charged with a significant cocaine offense should also be aware that a felony conviction will remain on their criminal record for life. A felony cocaine possession charge can also result in a person losing their driver’s license for up to five years. A conviction can also make it significantly more difficult to gain employment, seek a loan or credit, and find housing. If you plan to pursue a higher education degree, you could also have difficulty obtaining financial aid.

Can You Defend Against a Cocaine Charge? 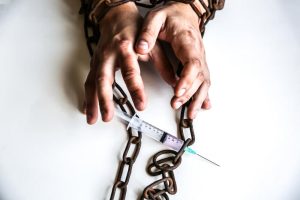 Yes. Numerous defense strategies could potentially be used to help an individual fight back against a cocaine charge. A skilled cocaine criminal defense attorney can review your situation and determine which tactic offers you the best chance at a favorable outcome. Some defense strategies may include:

Entrapment – Entrapment occurs when law enforcement sets you up to commit a crime you would otherwise not have committed.

Unlawful search and seizure – Law enforcement cannot search your home or property without your permission or a warrant. The Fourth Amendment to the Constitution protects citizens from evidence gathered during an unlawful search being used against them in court.

Lack of evidence or proof – To secure a conviction, there must be evidence of wrongdoing. The prosecution needs to be able to prove that the drugs are yours. If a defense team can call into question the ownership of the drugs, you have a better chance of avoiding conviction.

Drug analysis or contamination – There are a lot of white, powdery substances that look very similar to cocaine. If the results of a drug analysis show that the substance recovered from your possession is not cocaine, your case may be dismissed. Additionally, testing facilities can make mistakes. A seasoned defense team may be able to prove that the facility contaminated the drug sample specimen, and their results are not reliable.

At Hart Powell, S.C., we are ready to stand with you and craft a compelling and aggressive defense strategy. If you’ve been charged with a cocaine-related drug offense, call our office at (414) 271-9595.