Hart Powell, S.C. > Blog > Criminal Defense > What Is the Difference Between a Federal and a State Charge?

What Is the Difference Between a Federal and a State Charge?

There are generally two different types of charges that a person can face. These charges are either state charges or federal charges. Distinguishing between the two can be challenging. Each state has the power to dictate its own code of laws prohibiting criminal behavior. Since each state has jurisdiction over its legal code, the penalties for certain crimes can vary from state to state.

The federal government also has the authority to police crimes. Congress can pass laws that govern issues of national interest, crimes that occur across state lines, and crimes that happen on federally owned property. While it might not seem like an important distinction to make, differentiating between state and federal crimes is vital. Federal crimes tend to carry significantly more stringent penalties. Being convicted of a federal crime can also have long-reaching consequences.

At Hart Powell, S.C., we want you to understand what you are up against if you are facing criminal charges. Knowledge is power. We want to arm you with information to prepare you for what’s ahead. What are the differences between state and federal charges, and how can these differences impact you? We have the answers.

What Are the Differences Between State and Federal Charges? 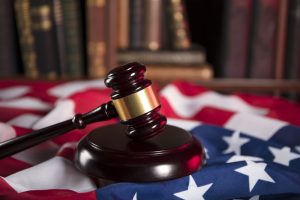 Most criminal cases involve violations of state law. Crimes like murder, rape, kidnapping, theft, assault, and burglary are examples of state crimes. States each have a code that dictates how these violations are prosecuted and punished. State lawmakers have the power to make and regulate their laws.

Federal charges are different. Federal lawmakers only have jurisdiction over crimes that impact the national interest or involve activities that cross more than one state. Congress has the power to pass these laws, and the President of the United States has the ultimate authority to delegate law enforcement tasks to federal agencies. Bodies responsible for investigating federal violations include the FBI, Secret Service, the Department of Homeland Security, and the Bureau of Alcohol, Tobacco, Firearms and Explosives.

Most Common Types of Federal Crimes

There are hundreds of different federal crimes listed under Title 18 of the United States Code. However, the most common federal crimes involve the following:

Which Charges Are More Serious? 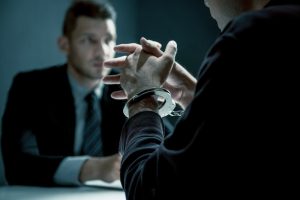 In general, federal charges tend to be much more serious and carry stiffer penalties. Penalties are often more severe because as the federal government sees it, committing a federal crime means that a person is a danger to the national interest. Penalties can include longer prison terms, more significant fines, and statutory penalties. If a person is convicted of a state crime, they may face jail time. Convictions at the federal level mean prison, not jail.

Also, keep in mind that federal charges mean the federal government has jurisdiction over the case. If a person is facing federal charges, they are potentially being investigated by the FBI or Department of Homeland Security. These are organizations with immense resources at their disposal. Federal prosecutors are also very aggressive and can be challenging to go up against.

If you are charged with a federal crime, you need to secure the assistance of an equally aggressive and experienced defense attorney. Defending against federal charges can be much different from defending someone against state charges. You need to turn to a defense attorney with extensive experience handling federal cases.

Whether you are facing state charges, federal charges, or both, you need a skilled defense attorney on your side immediately. At Hart Powell, S.C., we are ready to jump in with both feet and get started preparing a strong defense strategy tailored to the unique circumstances of your case.

Prosecutors are already hard at work preparing their case against you. Don’t put yourself at a disadvantage. Secure a strong defense lawyer now. Contact the Milwaukee criminal defense lawyers of Hart Powell, S.C. today by calling (414) 271-9595 and setting up a consultation.