How to Avoid a Marijuana Possession Charge 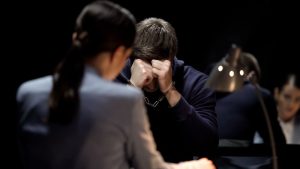 Marijuana doesn’t have the same stigma that it did decades ago. It’s used recreationally all across the world, including in some states in the U.S. However, in the U.S., marijuana is still classified as a Schedule 1 drug in the Controlled Substances Act. This means it’s not approved for medicinal use. Still, some states have either legalized marijuana use and possession, approved it for medicinal use, or reduced penalties for marijuana possession. In Wisconsin, marijuana possession, manufacturing, or distributing are all still illegal.

If you’ve been arrested or charged with marijuana possession, you have rights, and they should be protected. A marijuana possession charge can negatively impact your life. It can affect your employment prospects and damage your reputation. You need legal representation to help mitigate the potential consequences to your life and liberty. The attorneys at Hart Powell, S.C. have successfully defended Wisconsin citizens against marijuana possession charges for decades. Call us at (414) 271-9595 today or complete our contact form online to schedule your consultation.

Consequences of a Marijuana Possession Charge in Wisconsin

There are several different penalties for drug possession in Wisconsin depending on the drug the accused possessed at the time of arrest and whether it was the accused’s first or second offense.

If you’ve been arrested for marijuana possession for the first time, it is a misdemeanor, and you may be fined up to $1,000 and/or could face imprisonment of up to 6 months. If this is your 2nd marijuana possession offense or if you’ve been convicted of any drug crime in any state in the U.S., it is a Class I felony. The penalties for a Class I felony are a fine of up to $10,000 and/or up to 3.5 years in prison.

Sometimes, marijuana possession charges are combined with other drug crimes. In Wisconsin, you can be charged with possession of either synthetic or natural marijuana with the intent to distribute, manufacture or deliver. This charge is either a Class E, Class F, Class G, Class H, or Class I felony. The amount in grams of marijuana found on your body or property determines which class felony the charge is. The penalties for this can range from a minimum of a $10,000 fine and/or 3.5 years of confinement to a maximum of a $50,000 fine and/or up to 15 years in prison.

The complexity of state and federal marijuana possession laws makes it harder for you to fight these charges alone. You need an attorney who understands the law to defend you.

How to Avoid Being Charged with Marijuana Possession

With more widespread societal acceptance of marijuana for medicinal use or for recreation and the legalization of marijuana in bordering states, it’s possible to catch a marijuana possession charge unintentionally. There are a few things to keep in mind to try to avoid falling victim to this a serious and consequential possession charge. 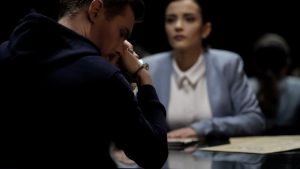 If you drive a vehicle and travel with others, take care that any passengers in your vehicle do not possess any marijuana or marijuana paraphernalia on their person. You could be charged with marijuana possession if the marijuana is found in a car that you are driving and/or that is registered to you. While a skilled attorney at Hart Powell, S.C. could potentially argue and prove that the marijuana was not yours, there’s no guarantee.

Additionally, just because another state has legalized marijuana, that doesn’t mean you can possess it outside of that state, particularly in Wisconsin. When a state has legalized marijuana, a person living in that state can still be charged with federal drug possession if, for example, they were found with marijuana at a national park or federal government property. Additionally, if you cross state lines to purchase marijuana in Illinois or Michigan — two states in which marijuana is legal — and bring it back to Wisconsin, you could still face a marijuana possession charge if you’re caught with the drug on your person or in your property.

A marijuana possession charge is serious. It can stick to you and affect different areas of your life for a considerable time. You need a skilled attorney who understands the intricacies of Wisconsin’s drug laws, particularly as they pertain to marijuana, and has a proven track record of diligently fighting for the protection of their client’s rights.

The attorneys at Hart Powell, S.C. have successfully helped their clients fight marijuana possession charges, and we can help you, too. Call us today at (414) 271-9595 to schedule a consultation. Let us review your case and advise you about your options.